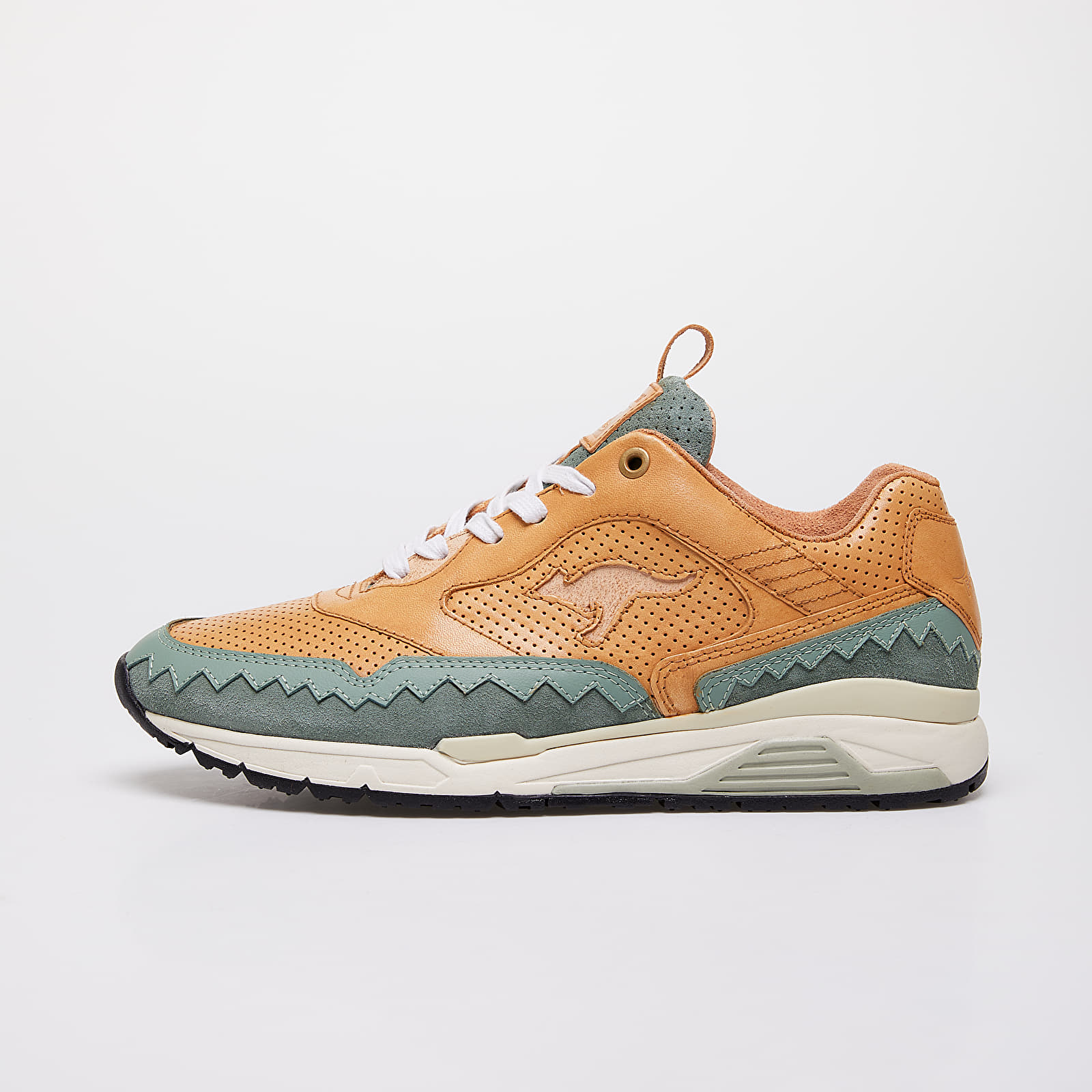 Footshop celebrates the fifth anniversary of its 1st B&M store in Prague by launching a new collaboration sneaker. For the second time, guys joined forces with the German brand KangaROOS, and for the second time, it is not just a simple silhouette of a sneaker. A fresh edition with the new colorway is inspired by the first Footshop store and by the look of historical Prague.

This time, handmade shoes complement the distinctive brown leather elements to give the shoe a premium look.

The left heel bears the original FTSHP KangaROOS fusion logo, where we replaced the letter S with number 5, symbolizing the fifth
anniversary of the first Footshop store in Prague.

On the right heel, there is a graphic element of Prague. Still, the authors newly chose the theme of the National Museum building overlooking the city center from Wenceslas Square. In addition to the appearance of the building, they also borrowed all its colors.
Compared to the first collaboration, this year's silhouette has an inverted colorway. The colors that were
inside last year are now on the outside.