There’s no need to introduce the Simpsons – since 1989, this cartoon family from the town of Springfield has been inviting viewers to witness their memorable escapades. Currently, the Simpsons have also made an appearance in a new Vans collection. But before we go in any further on that, here’s a couple facts about the show that you may not have noticed.

It’s common knowledge that the show’s characters only have four fingers – but there is one exception – God. I wonder if that’s Matt Groening’s way of portraying himself on the show.

The four-fingered characters are also the reason why you won’t catch the Simpsons on Japanese TV. Missing fingers are the sign of the local criminal organization, the Yakuza.

The famous couch gags in the intro come in many shapes and forms – it’s unique for every episode. The couch gag also serves a behind-the-scenes purpose – it lets the animators shorten or lengthen the episode when needed.

Not only is Bart’s name an anagram for ‘brat’, in 1998, the mischief-maker was also listed as one of the most influential personalities of the century by Time magazine. For a cartoon character? Not bad, that’s even better then Forbes’ 30 under 30.

Back in 2009, Marge Simpson was featured on the cover of Playboy. While Homer unfortunately wasn’t immortalised in a similar way, he does have an email account – you can leave him a message at ChunkyLover53@aol.com. But you’ll probably just get an automatic reply.

Maggie’s well-known archenemy is the unibrowed baby Gerald. The reason for their conflict is rooted in the day when they were both born in the Springfield hospital – there was only one diaper left, and it went to Maggie. Gerald has been planning his revenge ever since.

This isn’t the first time the Simpsons made an appearance on Vans sneakers. It first happened in 2007 during the release of The Simpsons Movie. The collection abandoned its traditionally black motif in favor of a familiar yellow.

The Old Skool, Sk8-Hi and Slip-On silhouettes adopted multiple characters from the show, so now you can wear Lisa, Itchy & Scratchy or head out to the pub with Moe, Carl and Lenny on your feet. 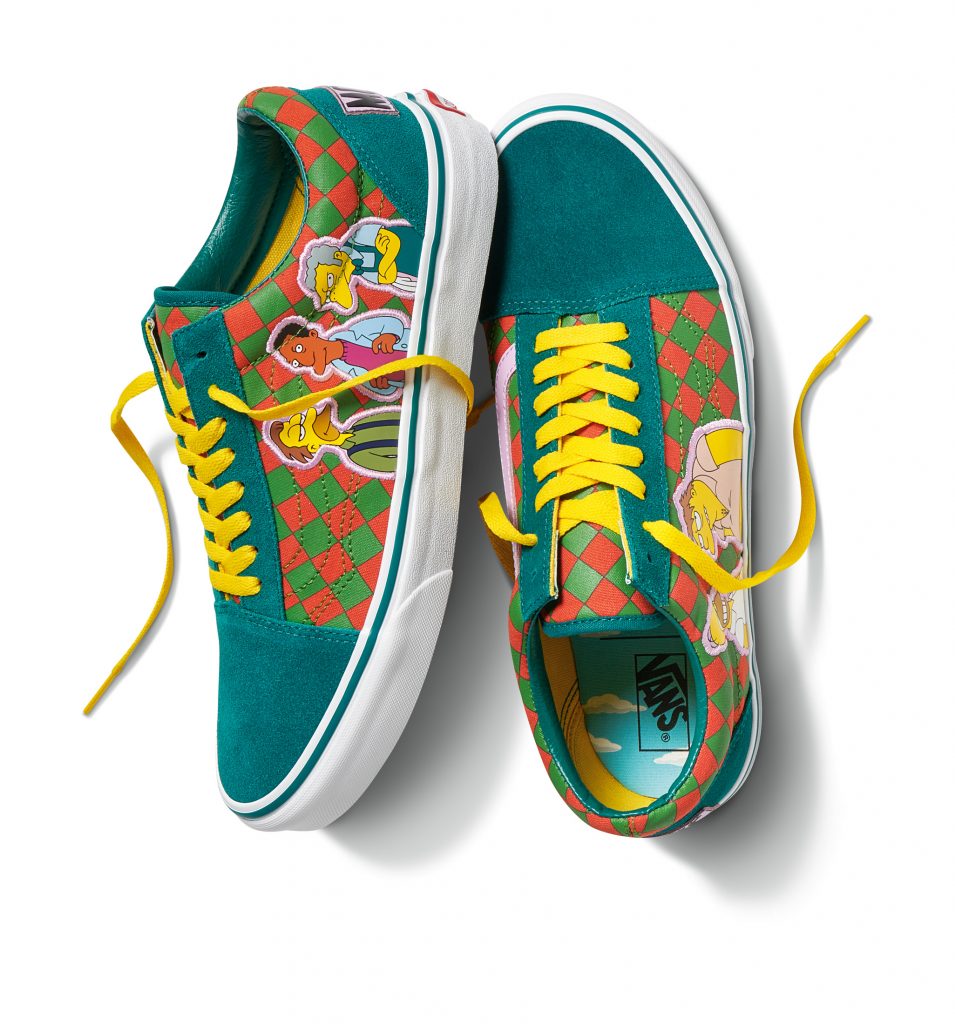 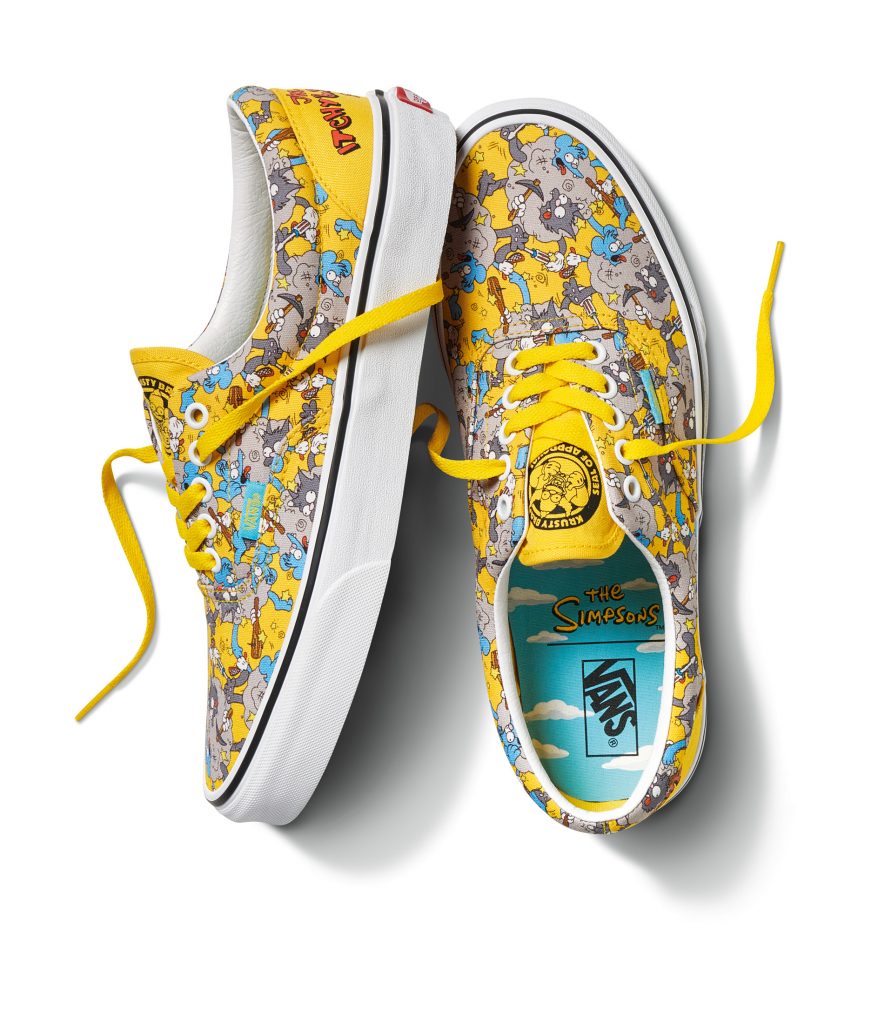 Some models feature more specific iterations of the Simpsons characters – for example, the winter version of the Sk8-Hi features Homer as Mr. Plow from the episode where Homer leased a snowplow in order to clear his neighbours’ driveways. Another Old Skool silhouette also features Marge, Patty and Selma. And if you’re a die-hard fan of the show, you can get a pair of Sk8-Hi sneakers featuring the Simpsons as they appeared in their first episode and how they look now.

Naturally, the collection isn’t limited to just sneakers – you can also choose from a wide range of apparel and accessories. You can find T-shirts, hoodies, socks, shoulder bags or bucket hats online at Footshop. 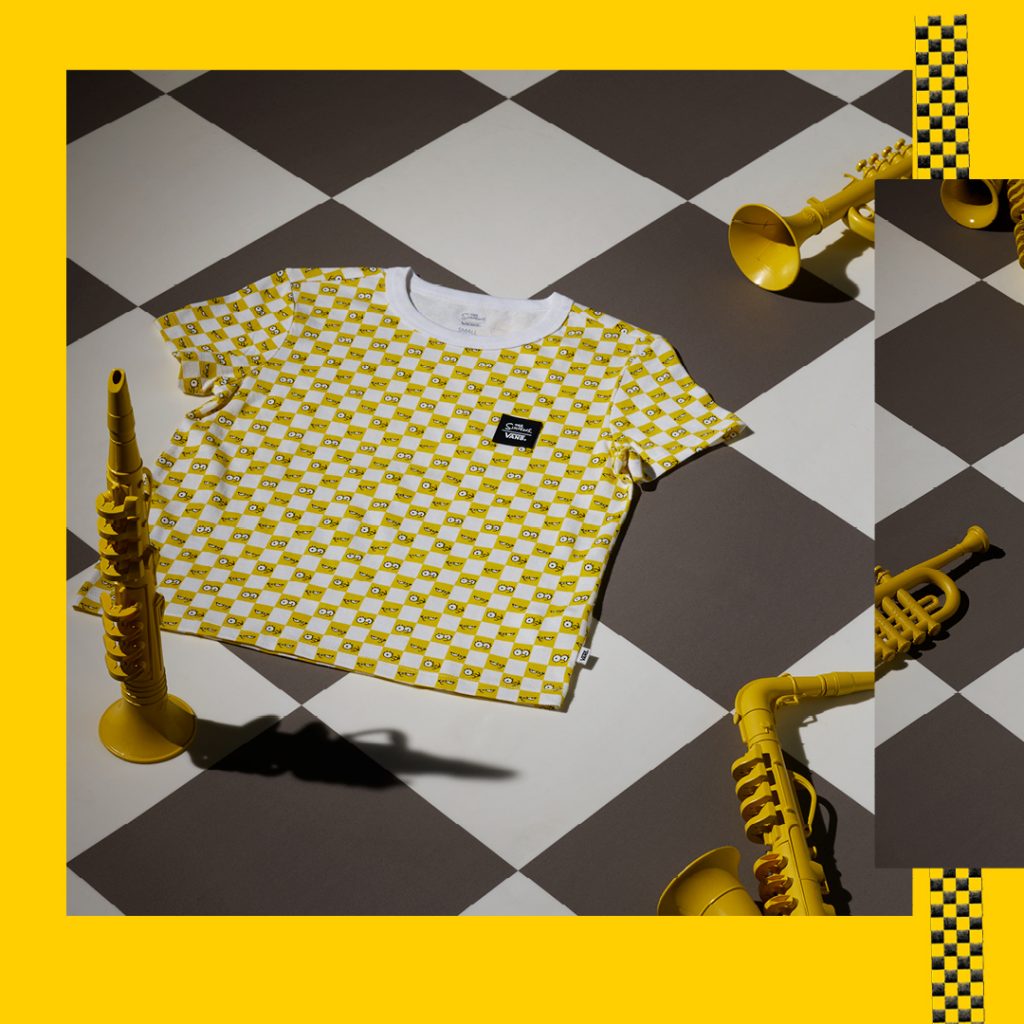 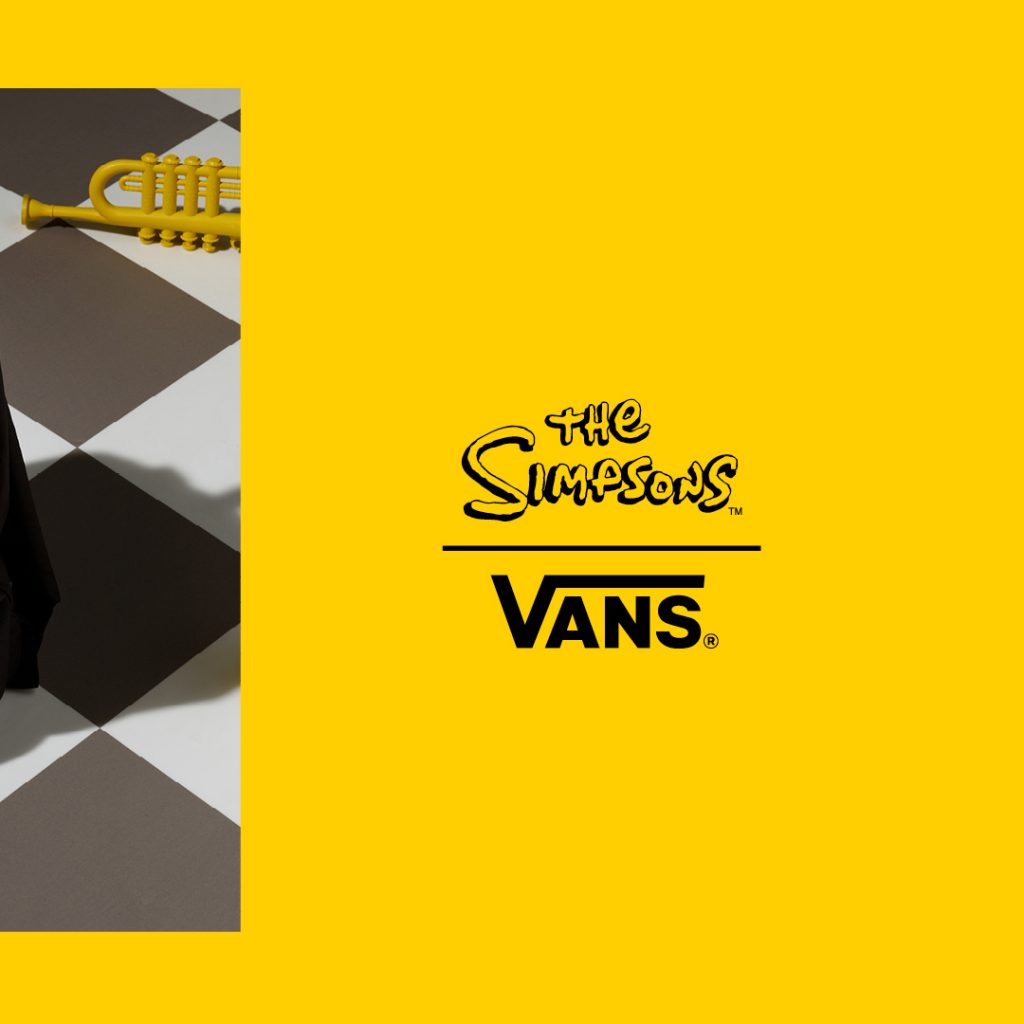