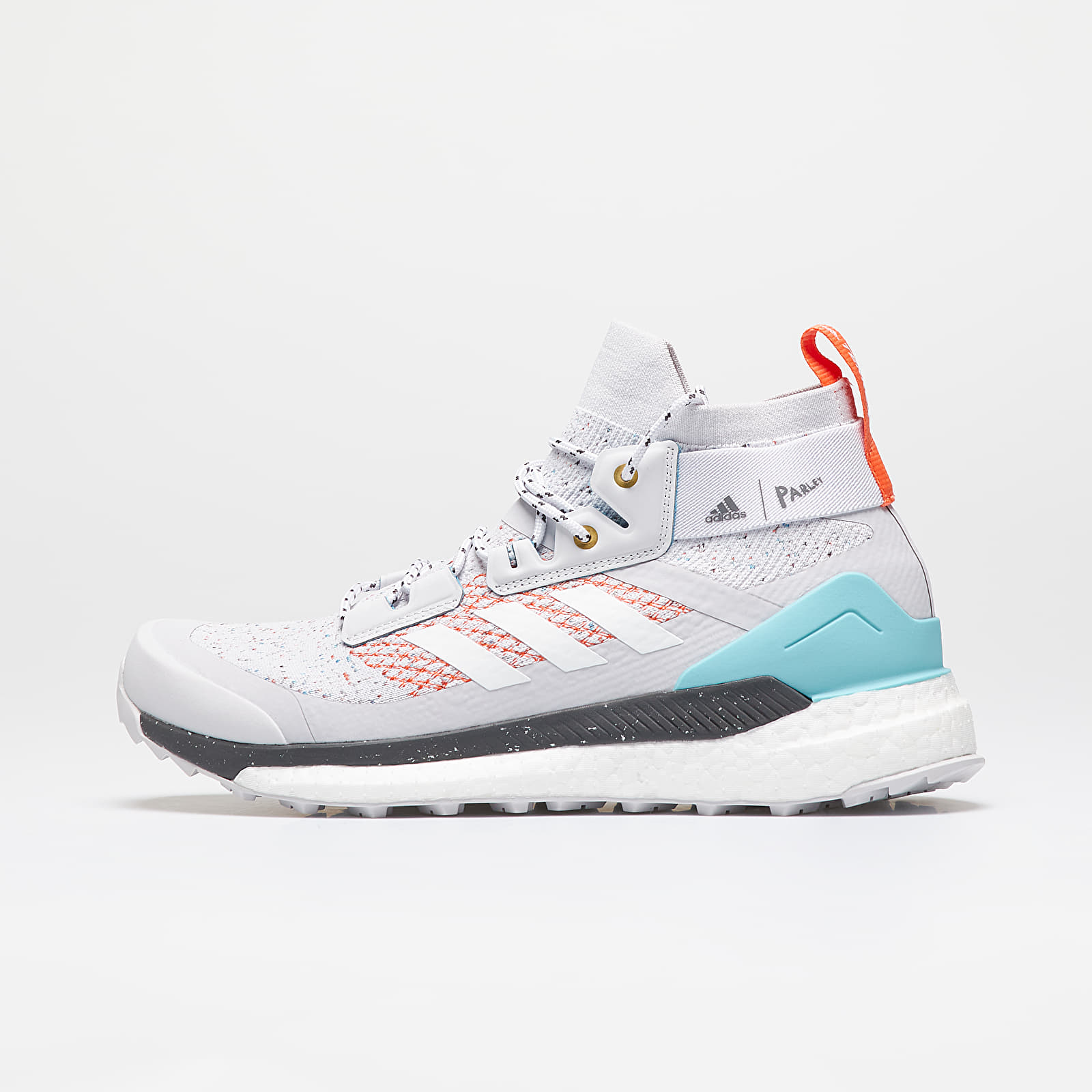 These lightweight hiking shoes deliver freedom of movement and long-distance comfort for all terrains. The sock-like adidas Primeknit upper conforms to the foot and complements the responsive Boost midsole for extended comfort and energy return. A supportive frame adds all-terrain stability, and a knit ankle cuff seals out dirt and gravel.

Primeblue features Parley Ocean Plastic™ which is made from recycled waste that's intercepted from beaches and coastal communities before it reaches the ocean.

People pour plastics into oceans like there's no tomorrow. It comes up to more than eight million tons in a year. There's probably no trick or a single solution that could resolve the situation, which we as humans got into, with a snap of a finger. We can fight the big battle with smaller steps though. Such example is the result of the collaboration between adidas and Parley For The Oceans - sneakers that are made from plastic bottles pulled out from the sea. Each pair of adidas x Parley is made of more than ten plastic bottles, which is definitely better than leaving the bottles to decompose at the bottom of the ocean for centuries ...

Going on a trip or hike but still don't want to to neglect your sneaker game? These adidas Terrex trainers are the right choice for you then. Not only will they help you cross the Alps thanks to their durability but they'll still look good on your way down to Milan, the center of the fashion world.